ABOUT THE CAMP 1872 XPERIENCE

LESSONS OF THE PAST ARE BEST LEARNED BY RELIVING THEM... VIRTUALLY 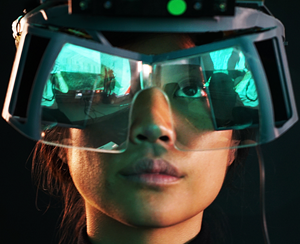 CAMP 1872 Xperience mission statement is simple: lessons of the past are best learned by reliving them. How do we do propose to do that? Virtually by using the latest in immersive technology, including extended reality, holography, neural network computing, all set within a semi-cicurular stage of LED panels projecting photo-realistic landscapes. It is as close to time travel is possible in the early 21st century.

CAMP 1872 has all ready brought together historians and technologists to help guide the project. In 2008 and 2009, the University of Nebraska's Department of Anthropology conducted a survey of the original Red Willow Creek campsite in Hayes County,NE. The result of that research was published in Custer, Cody, and Grand Duke Alexis : Historical Archaeology of the Royal Buffalo Hunt by Peter Bleed, Stephen Damm and Douglas Scott. Both Bleed and Scott are acting as advisors to the project. Also helping advise the project is the leading scholar on the Grand Duke's American foray: Professor Lee Farrow, author of Alexis in America - A Russian Grand Duke's Tour, 1871-1872.

The CAMP 1872 Xperience seeks to catalyze technology ranging from experimental augmented reality headwear like the Project North Star prototype above, to third-generation cryptocurrency blockchain. In these areas, we have attracted the attention of specialists from a Google scholar in immersive media to a leading blockchain scientist, as well as national-level exhibition developers and NET. We continue to seek appropriate contacts and build critical networks.

Our roadmap not only includes the creation of the first immersive Xtended Reality exhibition, but also the tentatively-titled Little Big Buffalo Roundup, an augmented reality mobile geolocation game that utilizes non-fungible tokens (NFTs) that can be traded using cryptocurrency, heightening the interest in capturing and raising virtual bison.