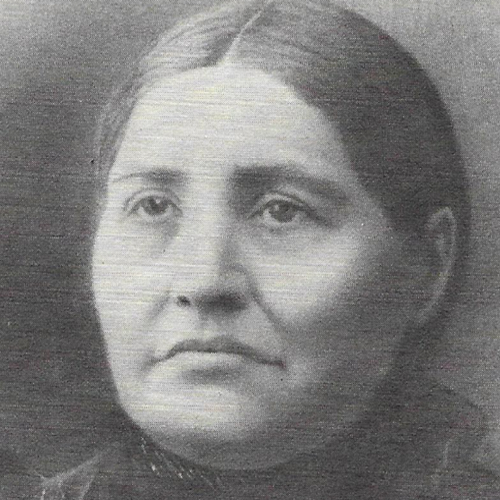 The wife of James 'Scotty' Philip, Sarah Laribee Philip's mother was Cheyenne who had been adopted by the Lakotas. Her father was a respected French trader. Her sister was married to famed Lakota warrior Crazy Horse. Scotty maintained a herd of some of the last purebreed bison in the Dakotas.

Bison are known as the largest land animal in North America. The average bull weighs about 2000lbs and stands about 6′ tall at about 5-6 years of age but there have been recordings of 3500lb bulls that stood 7′ tall. Females, known as cows, will only average around 1000lbs and stand about a foot shorter.

They are still very large and fast. Average speed is 25-30mph and they can run a sustained pace for hours because of the large windpipe that can exchange a large volume of air in and out of their lungs. They are also very quick and can jump objects 6′ or more in height.

As a herd they are matriarchal in nature. “She’s the boss”, so to speak. Older bulls, 3 years and up, will sometimes hang out in bachelor groups until the breeding season comes along. Bulls will travel for miles when it’s getting close to “cow heat”, which can be from early July to late September. The bulls display a courtship behavior hoping to win over a cow, while at the same time trying to keep other suitors away. Occasionally, a threat is acted on which turns into an actual clash of bodies which is loud and potentially fatal. They push and shove each other, head to head taking the opportunity to gore the foe with a horn if the chance arises. The fight will continue until one decides he’s had enough!

Bison cows are generally calmer, but not tame or docile. When they calf, they are very protective and will swiftly move the calf away from any danger.

It takes about 9 months before a calf is born, usually April to late June, and are an average of 40-50lbs. A cow usually breeds the first time at about the age of 2, and bears her calf as a 3 year old. A calf starts to mimic the mother and nibble tender new grass within a week of birth. The red cinnamon color of birth begins to turn chocolate brown around 4 months of age.

Bison seem to be very sensitive to environment conditions, for example, if there has been a drought, there is a likelihood that many bison cows won’t breed. Normally, cows lose 10-15% of their body weight over the winter, which can be a good thing as it allows for less trouble during calving. Once the calf is born, and a supply of good green grass is available the cow will add back the pounds very quickly. This is good for the new calf because of the good milk production from the mother as well as the potential for the cow to breed again. With good nutritional management of the herd, either natural or supplemental, it’s not unusual to have close to 90% breeding rates.

While bison of “yesteryear” have managed for thousands of years in balancing their diets, today’s bison may have limitations, based on smaller ranges. Even though there maybe minerals existing in the soil and therefore the plants and grasses, certain necessary minerals in the water they drink may be lacking. Moving from pasture to pasture and sometimes a free-choice salt block are very helpful in supplementing.

Bison are also masters at reading body language. They have had thousands of years to perfect it, and they feel what you feel. When near them, move with purpose and never faster than needed or slower than necessary. Movement should show confidence, courage, perfect timing and an understanding of how bison think, while associating kindness and consideration for their excitable herd nature.